M2: Assignment 2
Research has argued for long that people perceive other races regarding their social status.
However, a new study reveals that society and gender illustrates that experts consider a wide array of elements in ascertaining the race of individuals with which they interact including the aspects they understand about income, marital status, and home address. Studies show that classifications of family members illustrates a category of descriptions such as welfare-reliant, mother, and single parent individuals required to construct the most persistent stereotypes.
Experts have often studied the aspects of racial categories. For example, in a novel research conducted about the racial classification of people over the course of their adult lives, findings indicate that the emerging races have indications of considerable changes. From the interview conducted about poor working class in the United States, research results show that most of the  respondents mentioned race as the determining factor. These challenges have been identified by
others as racial fluidity, and academic experts have always wanted to understand the influences of the perceived influences of racial classifications.
One of the pioneers interviewed in the survey highlighted that people often debate on racial stereotypes as a major influences of individual perceptions about people’s attitudes in the sense that a person’s race can significantly affect the transformation that the society expects. Studies conducted by numerous experts show that people are classified according to their racial stereotypes concerning the myriad of concerns such as their living conditions, relationships, and
living situations. By the end of the meeting with the willing participants, it is agreeable that most people identified favors or the lack thereof because of racial issues. For instance each racial category offered a wide understanding of how other people perceive others regarding their social positioning. Regarding this aspect, some respondents highlighted that there is the need to adjust the perceptions of people concerning their beliefs about women and the minorities within the societies occupied by humanity. 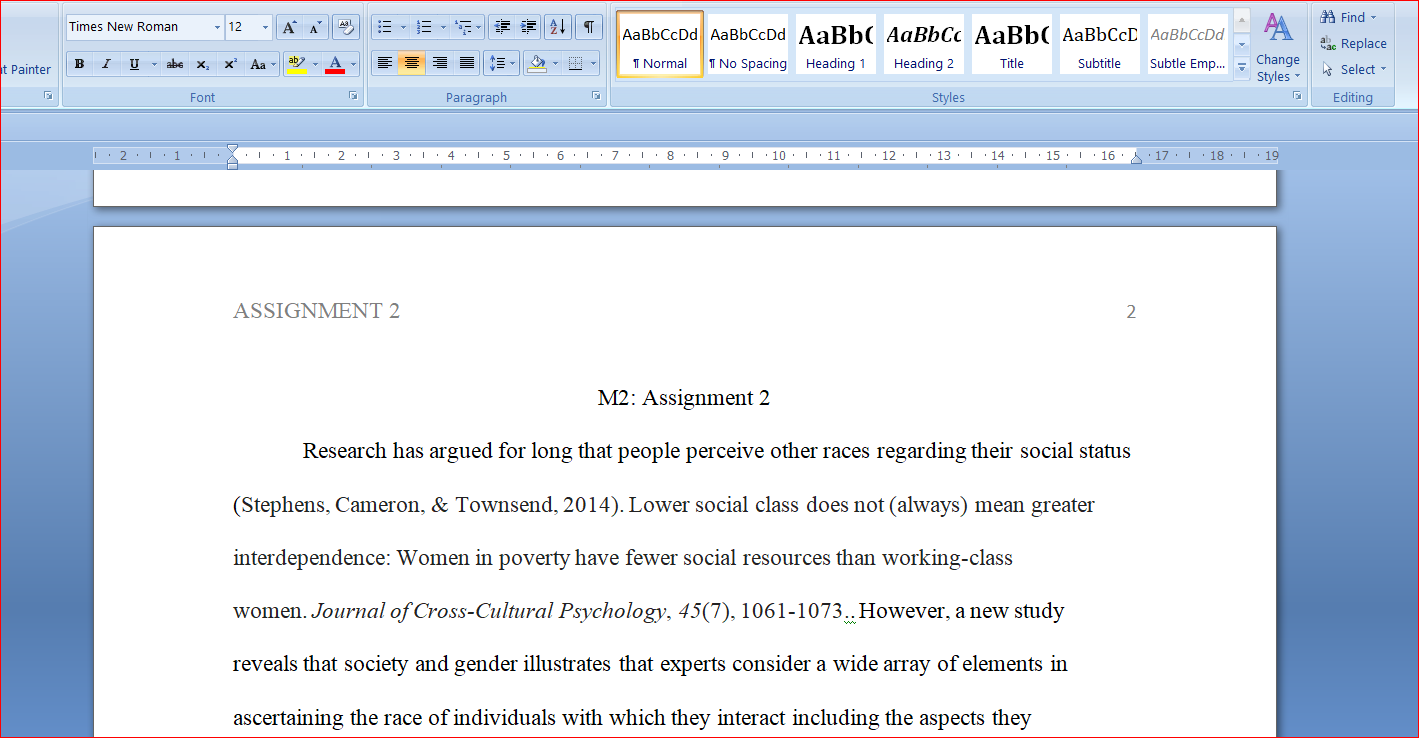