1. Task
You work in the Ethics Department for ABC Company (ABC). Your department is dedicated to advising its employees about their ethical obligations in the corporate setting. You are an internal consultant who provides advice and most importantly, recommendations for action to employees of the firm. All communications you receive in this capacity are confidential.
Luke, an employee of ABC, comes to you with the following scenario and asks for your advice. He wants to fully consider the situation. Your task is to advise and recommend a course of action based on the specified ethical lenses and facts as given. Below are the facts that

Luke has been asked to work on a project that involves developing land recently purchased by ABC to build an adult entertainment retail store. According to the plan, the land is located on the corner of the neighborhood where Owen, Luke’s brother, lives.
Luke knows that as soon as the plans for the store are made public, property values for the surrounding neighborhood will decrease significantly. ABC plans to publicly announce the project one month from today.
Luke is concerned about his obligations of confidentiality to his company. However, Luke is also very close to Owen, who recently told Luke that he received an offer to sell his house at an “okay” price given the current real estate market. Owen is considering selling but hasn’t made any final decision yet. He wonders if he might get a better offer a few years from now when the real estate market improves.
What is the ethical issue, why is this an issue, and what should Luke do about it?
For assignment 2, prepare a memo, setting out your analysis and recommendations, that considers ONLY the following two theories: Utilitarianism and Universal Ethics (i.e., Kant’s categorical imperative). 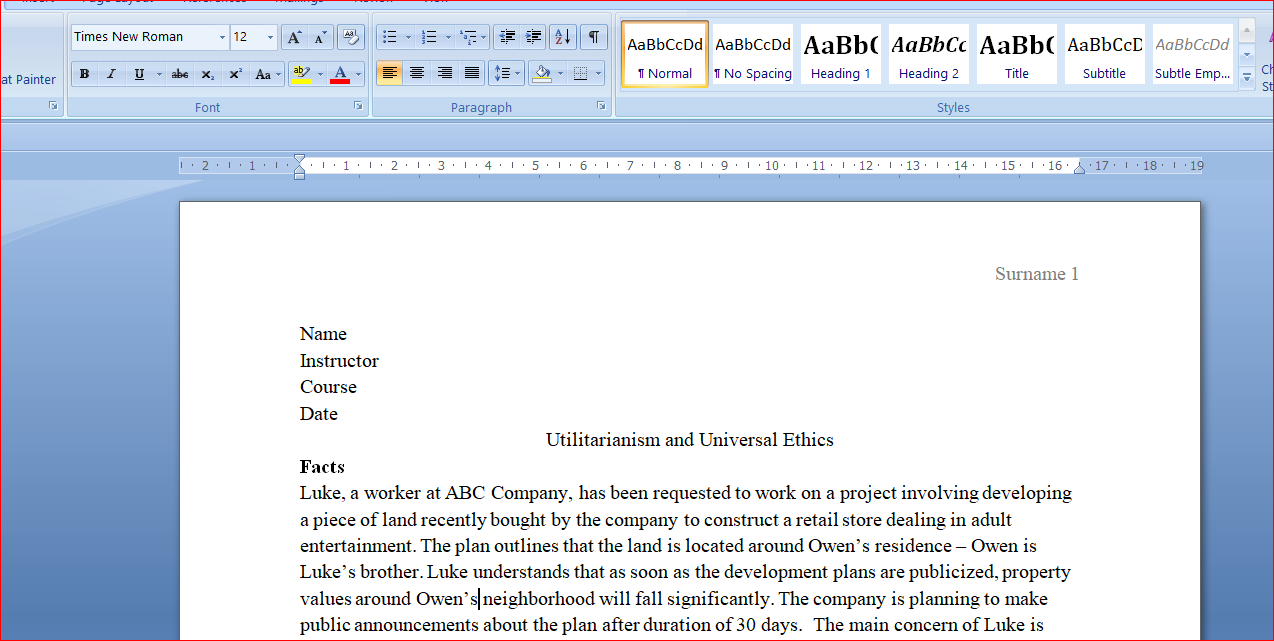