Comparing two poems by two different poets. Five pages comparing two poems by two poets. In your first paper, we asked you to read one line by one poet. In your second paper, you can branch out by comparing two poems by two different poets we have read in this class. You should use what you learned in your first paper for this second paper: attend closely to the language of the poems you choose, and base your paper on those close observations. You will need to have a reason to compare the poems you choose: Why are you comparing them? Why these two poems by these two poets? State that reason as the thesis of your essay and then give examples from the two poems you choose to support that thesis. In this paper, you may refer to other poems or other things you know about the poets, but keep the focus of the essay on your close analysis of the two poems. You do not need to do research for this paper, but if you do, please note your sources. 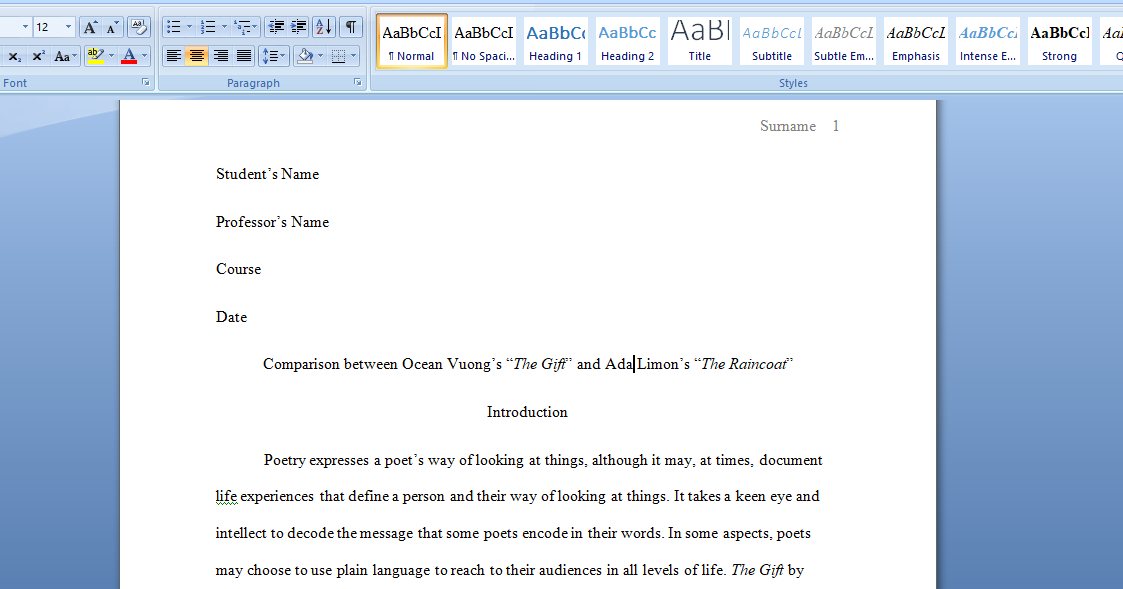